NOT FORGOTTEN – COMPOSTING & OTHER SIGNIFICANT HAPPENINGS

“Compost is more than fertilizer or a healing agent for the soil’s wounds. It is a symbol of continuing life . . . The compost heap is to the organic gardener what the typewriter is to the writer, (and) what the shovel is to the labourer . . .”

AND OTHER SIGNIFICANT HAPPENINGS

Fran and I recycle our kitchen scraps and human manure here at the cabin. We have never had a flush toilet. When I first built the cabin in 1979, the large Toa-throne compost toilet was one of my first major purchases, along with a woodstove and two small solar panels. 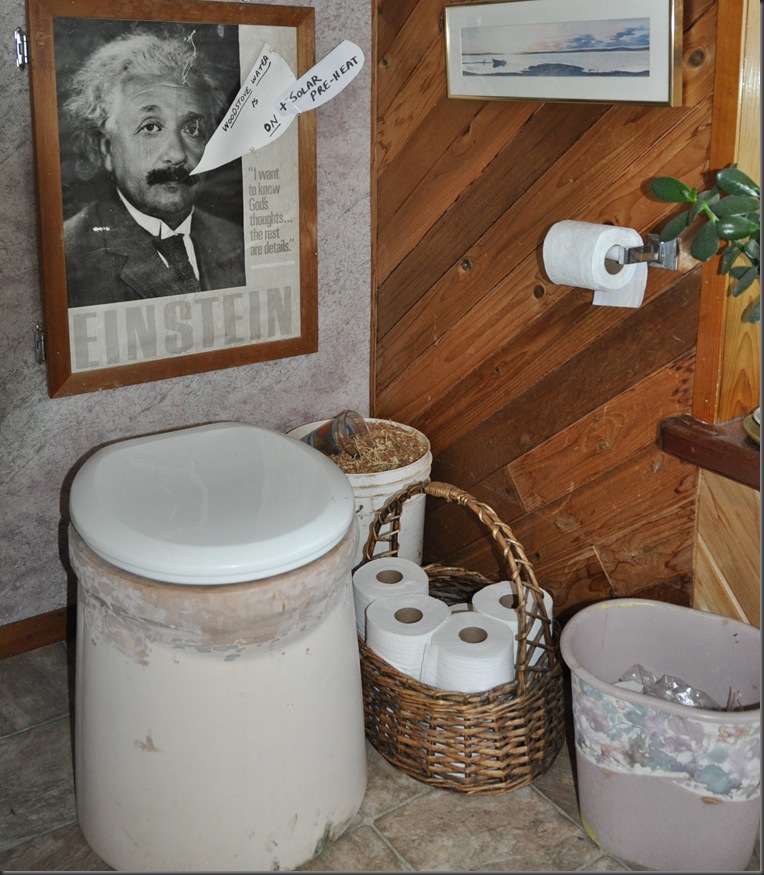 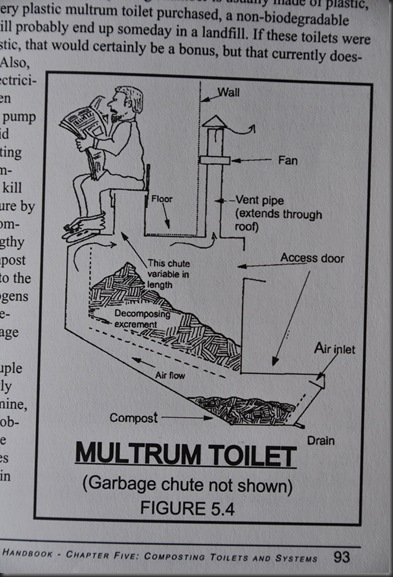 Two photos of The Humanure Handbook written by Joe Jenkins

I share this topic of toiletry with some trepidation, suspecting it may conjure up images of the good, the bad, and the ugly. A persons initial reaction is often to recoil in horror.

However, I ask you this:

Is it not horrible that we think nothing of urinating into 3 gallons of clean drinking water, pipe it away, only to re-collect it and spend millions of dollars to make it drinkable again? Especially considering current droughts and water shortages in many areas of the globe.

It is like this image of the cabin . . . in this case we’re burning firewood. I’m certainly not proud of the pollution. Not to minimize it, but life is complicated at times. The world isn’t black  and white.  Humanity does require basic necessities like food, shelter, energy and water . . .

Francis and I have been privileged and lucky. As the years have gone by, living in our microcosm of the world, our whole system and infrastructure has changed, evolved and generally improved – almost in direct proportion to the sweat equity we’ve expended and the money we’ve earned and saved.

Not to detract from this down to earth topic at hand – the downside (and integral part of all this) is that Climate Change events are a common occurrence now, throughout the planet.

As I currently write this, the coast of British Columbia is experiencing a massive storm front with unusually high winds and rainfall. 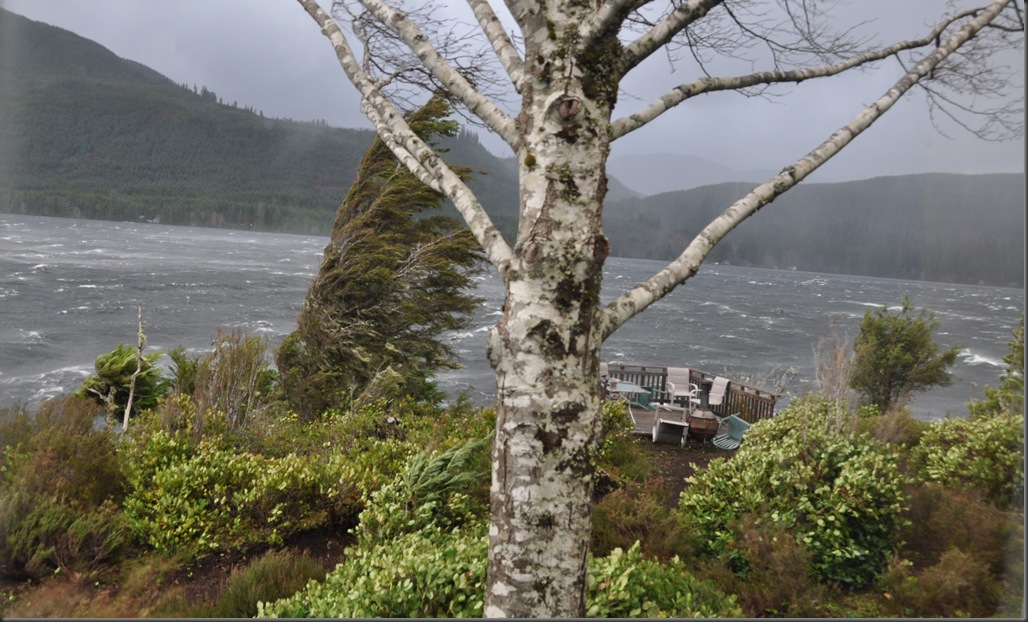 Being quite concerned, earlier today I sent an email to a few friends:

Out the window, we can see the earth move upwards, as trees bend over sideways, their roots straining to hold them upright against the stress of the extreme wind.  It’s a little frightening to witness the earth like this. Fran and I have been here together for 22 years now (though Fran lived in Victoria from  2003 –2009). She says she can’t remember seeing the lake so turbulent before.

Then a few hours ago it was reported that the city of Courtenay, in the mid island region, has declared a state of emergency due to flooding and  power outages. It seems a week doesn’t go by without this kind of news.

In A Buddhist Response to the Climate Emergency Thich Nhat Hanh has a chapter entitled The Bells of Mindfulness.

In it he writes;

“ We need a collective awakening. There are among us men and women who are awakened, but it’s not enough; most people are still sleeping. We have constructed a system we can’t control. It imposes itself on us, and we become its slaves and victims.”

Government and societal attitudes can evolve. To give a microbial solution from here in our locale, regional health authorities now require all cabins and dwellings to have legally approved septic and greywater systems. 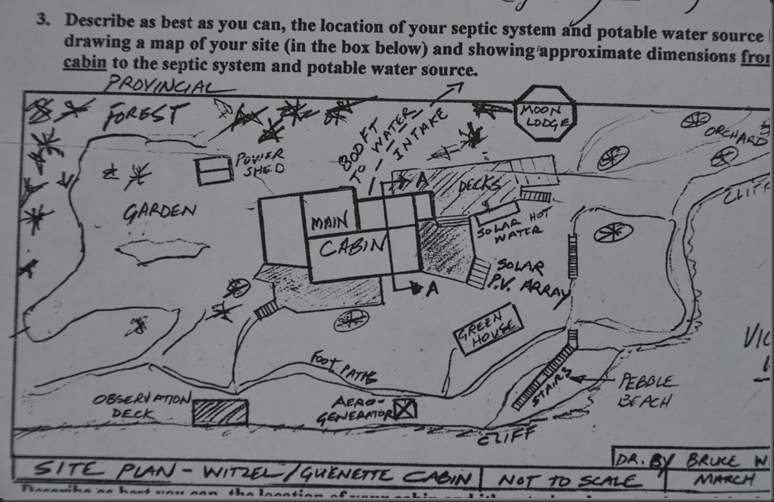 Hence, we improved our greywater system which takes care of the soiled water left over after washing. Our toa- throne composting toilet passed inspection with flying colours. The authorities were pleasantly surprised when a litre sample from the toilet was tested by a laboratory to be well below the legal limits in biochemical oxygen demand, suspended solids, and coliform count. 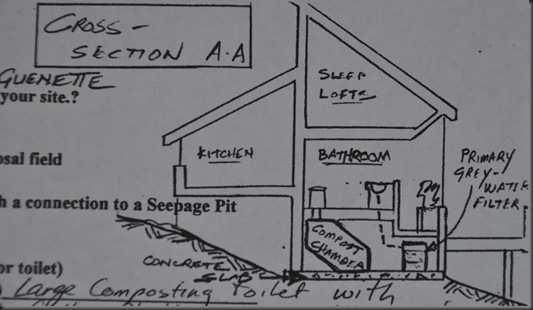 I won’t  impose upon you the finer details of composting human manure . . . Like how to balance the carbon and nitrogen ratio.  Or emptying the finished compost every few years – I  refer to it as my Gandhian duty.

Suffice to say that we enjoy plenty of scrumptious vegetables “grown in our own.” 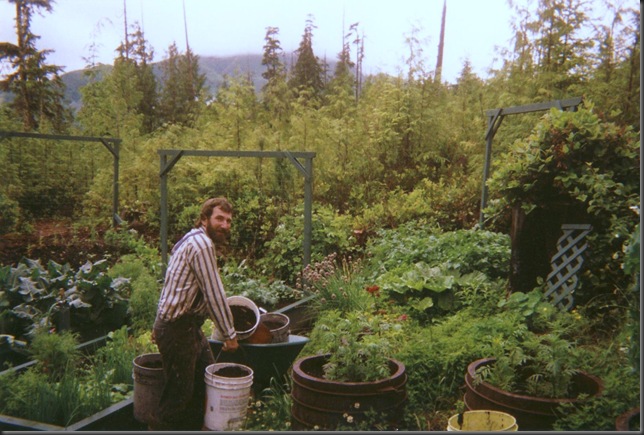 My Gandhian duty has been fascinating to learn about and I give thanks to Joseph Jenkins, author of The Humanaure Handbook and an international expert on composting human manure. 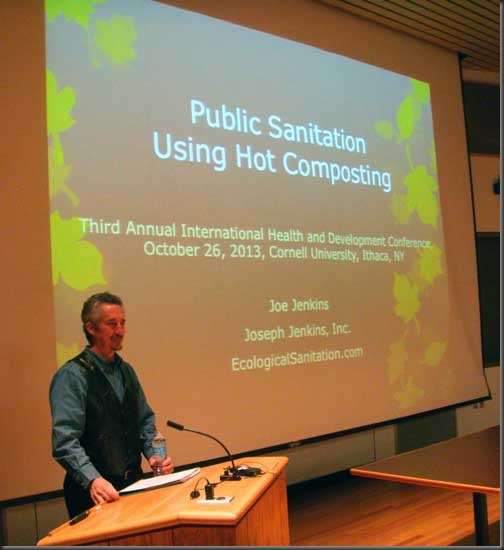 The Humanure Handbook began as Jenkins’ Master’s Thesis. Like good compost, it then morphed into a popular book that has sold  55,000 copies in three editions over twenty years. All you writers out there will be amazed with that!

The book is philosophical, funny, practical and academically sound.

The Humanure Handbook is a priceless resource for people who want to live a happy and sustainable lifestyle. An excellent newspaper article about Jenkins’ journey (on the road less travelled) is by-lined  with the title Protest Carves Unusual Life Path.

The Humanure Handbook holds a hallowed space in our home along with Goodbye to the Flush Toilet.

To conclude this treatise I’ll take you back to the 19th century French writer Victor Hugo, author of Les Miserable’s and The Hunchback of Notre Dame.

Hugo earned deep respect as an advocate for social justice and the abolition of the death penalty.

“Science now knows that the most fertilizing and effective manure is the human manure . . . Do you know what these piles of ordure are . . . All this is a flowering field, it is a green grass, it is the mint and thyme and sage . . .  it is the guilded wheat, it is the bread on your table, it is the warm blood in your veins.”

There’s food for thought . . . Gone, But Not Forgotten

28 thoughts on “NOT FORGOTTEN – COMPOSTING & OTHER SIGNIFICANT HAPPENINGS”