SELF AND ENVIRONMENT ~ Frater C. BRANDT at 95

Some of you who know Charles might agree that his quiet life and demeanour as a humble Christian hermit is somewhat similar to his fellow Buddhist monk Thich Nhat Hanh – “a cross between a cloud, a snail, and piece of heavy machinery – a true religious presence.”

Self and Environment – Part Two

This is the second part of an abridged look at Charles’ original book, Self and Environment.

To access Part One click here, Transformation and Age of the Earth, which speaks about recovering wholeness by showing how meditation and insight into the beauty of the world offer vital hope for a world in crises.

Now Part Two explores the damage inflicted on our sense of self and of God by the split we have made between our humanity and the natural world. Being present is imperative for us to gain full attention of the sacredness of creation and to our oneness with nature.

My hermitage is located deep in the temperate rainforest, on the Oyster River, British Columbia. The logging road along with other trails through the forest is where I practice walking meditation.

I do not think of the road as leading anywhere. It is the road to nowhere, the path on which I journey and have been journeying for a lifetime. When I walk this road I have no destination, no timetable or estimated time of arrival. I simply place one foot in front of the other, let all my cares, anguish, angst, fears drop away. My breathing is in harmony with my pace, my pace is in harmony with the universe.

And although this is a path of nowhere, in reality it is a way to everywhere, because it enables me to enter into communion with the whole community of beings, beings which are diverse, interiorized, and each in communion with every other being in the universe. I become present to the most distant star, and she to me, the ‘complicated web of interdependent relationships’. Every atom of my being is present to every atom in the universe, and they to it.

There is new story that is being told today, although in fact, of course, it is and old, old story. It is the universe story, the earth story. It is a cosmological story that is just dawning on our minds and imagination. As Brian Swimme describes it, “this universe is a single multiform energetic unfolding of matter, mind, intelligence, and life.” The universe as a whole behaves more like a developing being. It is a single, multiform, sequential, celebratory event. And we are integral with the story. Indeed, it is our story as well as the universe story. This is the story we have to come to understand, the story which describes our true journey.

But we have not been paying attention to the story. If we could learn to pay attention we could go forward into the future.

In the depth of our being we have a longing to know the earth and its plan, to know the universe, and ourselves in its deepest and truest form, and to know the Ultimate Reality. Somehow we suspect that if we could only come to the discovery of our true self we would arrive as well at the true meaning of the earth and the universe.

Coastal Mountains of BC

Especially today we want to understand because there is a deep lurking fear within us that the viability of the human species depends on a healthy relationship with the earth, that our destiny is tied with her destiny, that somehow we have to free ourselves from an exploitative relationship and move into a loving communion with the earth and all her creatures.

We look forward to a better world, a kinder world. The transformation I speak of is already in orbit. 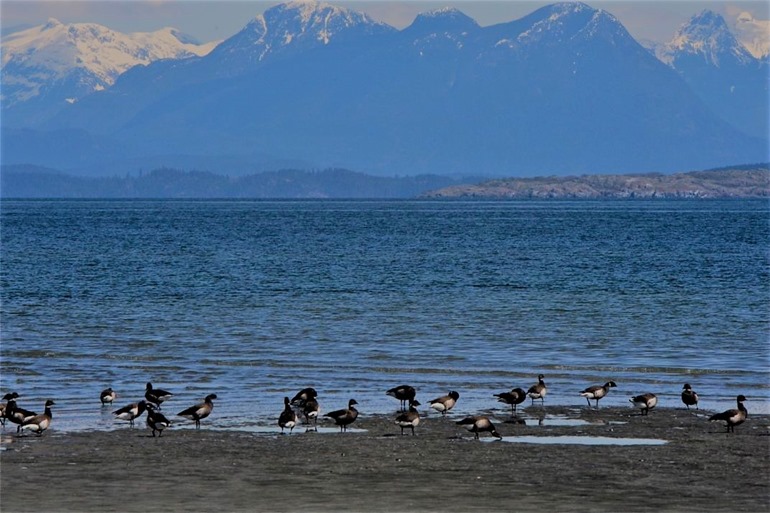 Today we are living in a strong cultural trance. Mostly we are unaware of this but it has infected us deeply.

Humanity has unleashed powers that we can no longer control and having exploited out natural resources so wantonly that we are in danger of exhausting them.

Each minute more than an acre of rainforest is destroyed. Here on Vancouver Island, we are becoming acutely aware that our forestry practices have been less than perfect. 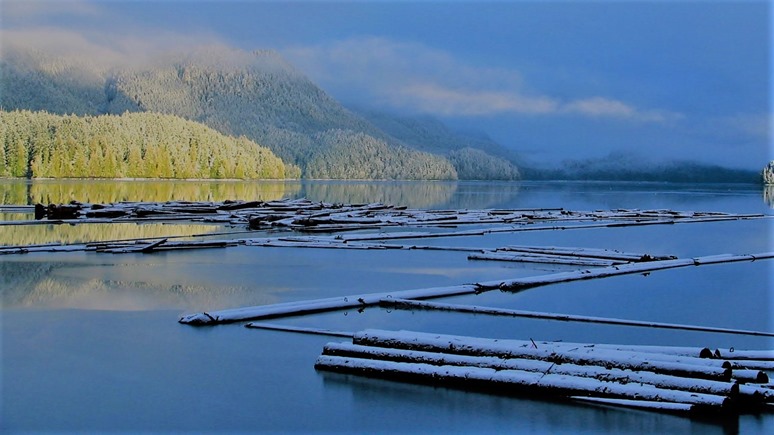 On the earth species are dying at an hourly rate. By the end of the 20th century we may have lost as many as 20 million species. And there is nothing so absolute as the disappearance of a species. Never again shall we see the passenger pigeon or the Carolina parakeet. They are gone forever.

This is only a small fraction of the ruin we are bringing upon on ourselves, spiritually, socially, economically, psychically. 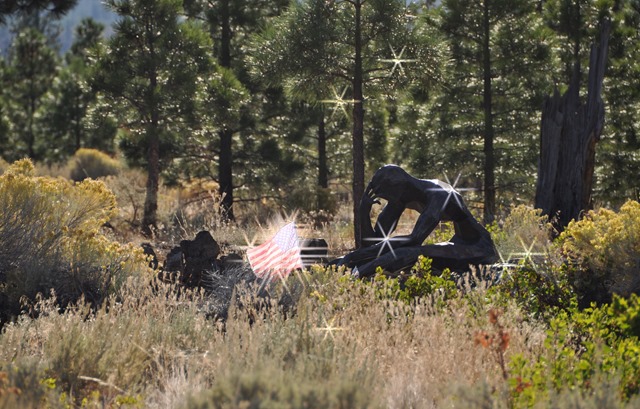 In the face of this crises our government and leaders, our churches and institutions continue to behave as if these very apparent signs of devastation are not the most crucial issues of our times and lives.

It is exactly the same with any personal illness: first of all we have to admit we are suffering. Since most of us prefer to remain in denial such an admission is difficult. It is essential to name the crises that we live in and then respond in an effective and healthy manner. This is perhaps our only hope, whether on a planetary or personal level. 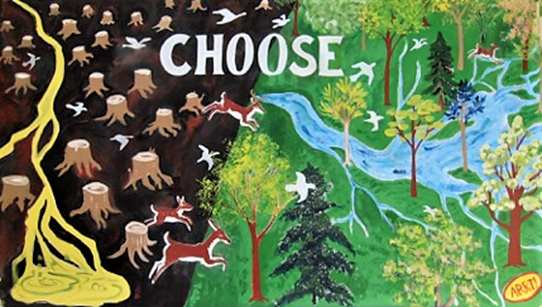 We are a dysfunctional society. For a lifetime, indeed for a millennium, we have been functioning out of a human to human, human-divine set of relationships, to the almost complete exclusion of the whole community we form with the earth and the universe. Our ancestors assumed that we are separated from the rest of creation, that we are the sole species possessing intelligence, an understanding, consciousness, and a spiritual dimension. That is where our dysfunction lies.

What is needed globally today is a healing of the earth. But if we individually do not undergo a transformation of body, soul, and spirit, healing cannot take place. Our search is deeper than economic policies or political ideas.

We seek a new way of life, a way of life that flows out of awareness of the cosmic story and the holiness of the earth. We have to change the habits that have made us so ill culturally. We have to discontinue the destructive, addictive, oppressive behaviour we have perpetrated on our planet. 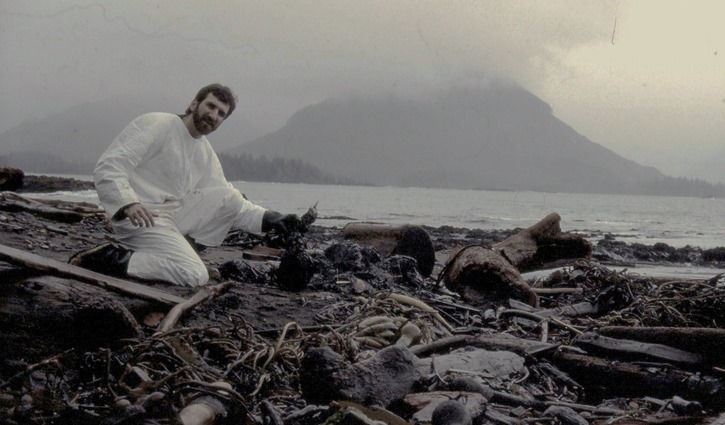 Destroyed birdlife on Northwest Vancouver Island ~ from the Netuscaca Oilspill ~ 1988

Any degradation of the planet is adverse to our own well-being, physically, economically, and spiritually. If we allow such abuse of ourselves it indicates how little we love ourselves in the true and proper sense of ‘self’. To be human means to be in communion with the entire community of the planet. 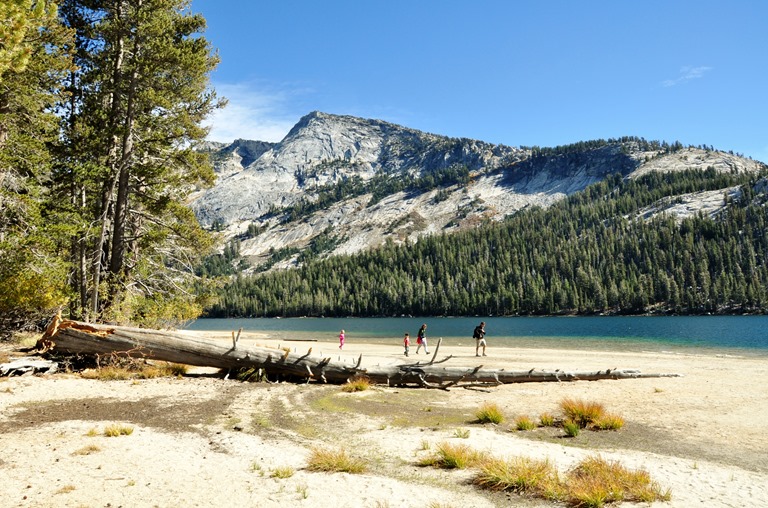 In the words of Thomas Berry “the earth is mandating that the human community assume a responsibility never assigned to any previous generation.” We are being asked to learn an entirely new mode of conduct and discipline. We need to listen to the countless voices of earth and, indeed, the entire universe. 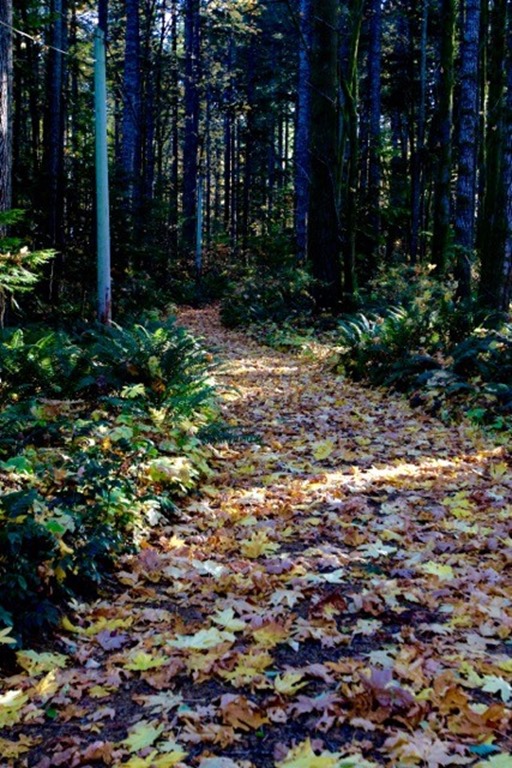 A walk in the forest

In the distance, in my early morning walk on the old logging road every day, in the first light, a robin begins its canticle. The song is taken up by the Swainson’s Thrush and then the finches, and finally, a solitary vireo. 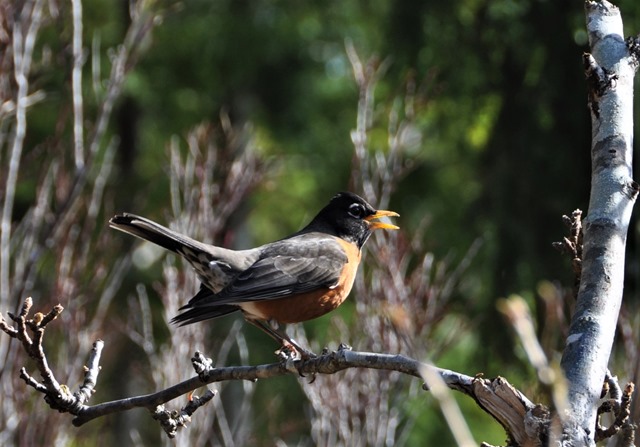 The forest suddenly becomes a celebratory event, exploding into song and motion and joyous exchange of the community of beings communicating and articulating themselves in a grand celebratory event.

Earth, moon and sun ~ In Space

They speak the story of the universe from its primordial flaring forth – the galactic story, the earth story, the life story, and the human story – down to the end of the Cenozoic period where we now find ourselves.

Because it is terminal we are fearful. We do not know yet whether we are a viable species, whether we will make it or not. 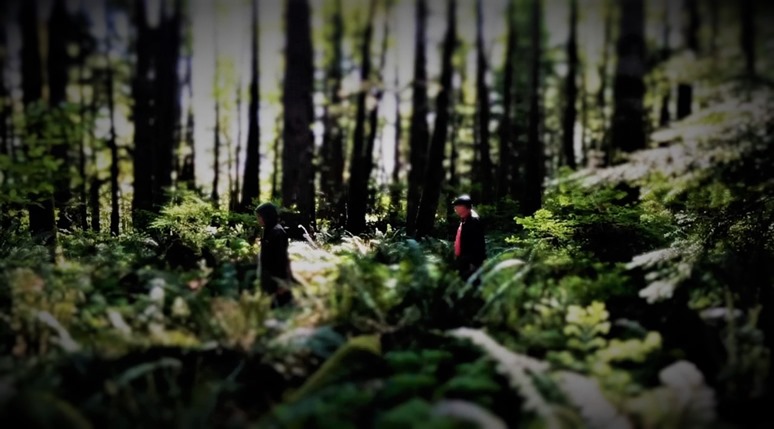 The human community and the natural world will go into the future as a single sacred community or we will both perish in the desert.

Over many years Charles Brandt has been an advocate for the world wide Christian Meditation movement – WCCM. He has earned a living as a professional book and paper conservator completing restoration of many historical books like the Nurmburg Chronicles printed in 1493 as well as part of the original Audubon series.

In the 1940’s Charles received a degree Wildlife Conservation and Ornithology before entering religious life – first as an Anglican priest and then entering a Catholic monastery. Before he took his final vows Charles was advised by Thomas Merton that the monastic life would make him a good monk but not a good contemplative.

In 1964 he moved from the U.S. to British Columbia and soon thereafter was ordained a hermit priest by Remi DeRoo, the well known Canadian Bishop of the Diocese of Victoria. Charles and Remi remain close friends.

Charles lifelong contemplative activism has been dedicated towards healing the world – his faith has moved mountains. Tsolum River was declared “dead” from pollution in the 1990’s. Charles’ voice inspired a broad-based movement that was able to heal the river by reclaiming an abandoned open pit copper mine and continuing ecological enhancement of the watershed.

Charles Brandt has been honoured with numerous environmental awards. In the broader world he is a Catholic oblate member of Saccidananda Ashram in Tamil Nadu, India.

This is the 26th instalment of the Brandt series. The full archive can be accessed here.

A deep personal thanks to you Charles, on your 95th year.