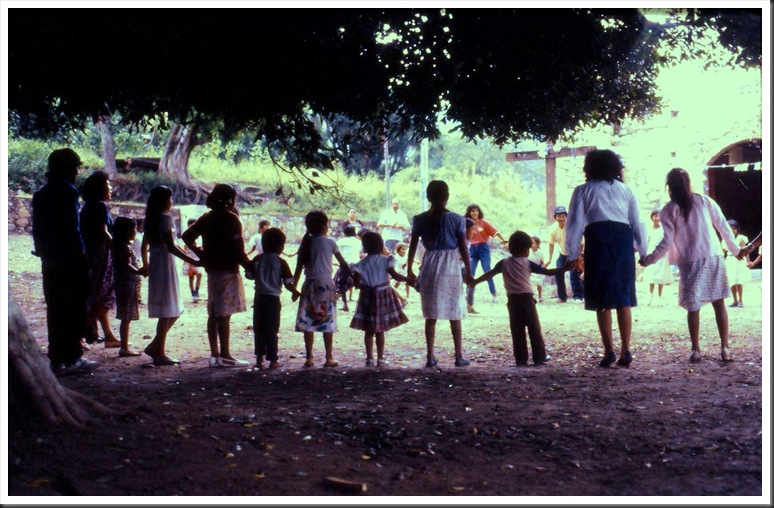 Threatened in the Americas – 3 Parts

“In this dehumanized world in which we live, in which money is God, they (migrants) are the cheapest commodity. But we’re also a commodity in one way or another.” 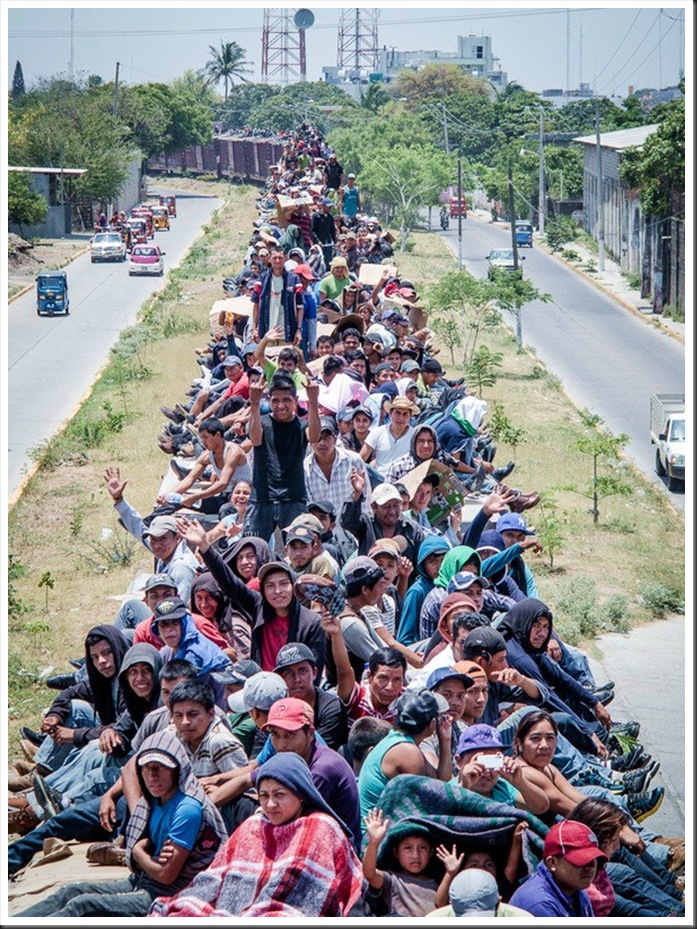 Part 1 – A Glimpse Back, from Bruce

“If I have all faith, so as to remove mountains, but do not have love, I am nothing.”  St. Paul

I remember the first time I dreamt in Spanish. It was Springtime of 92’.  I had been in Mexico for part of 6 months and I spoke “muy poquito   – very little.” As I awoke I felt amazed – like I was part of the people. They had embraced me with their love. 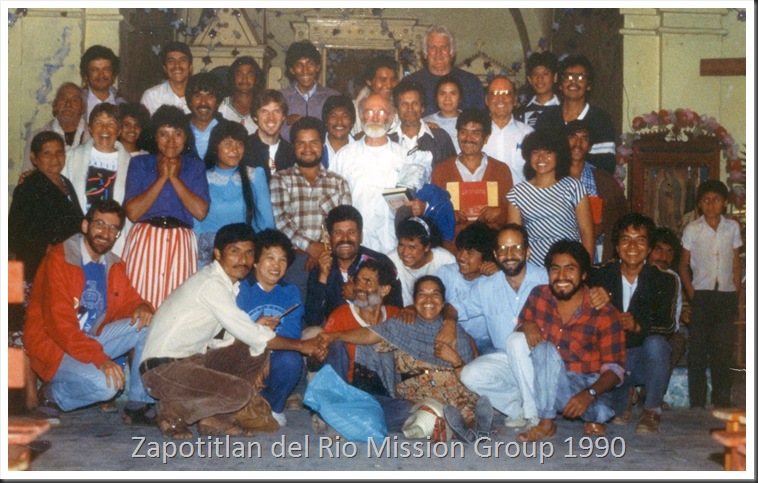 I was volunteering with a group of Christian Co-operatives founded by Mario and Estelle Carota U.S. expatriates, and then with the MEI – Itinerant Ecclesial Missionaries, a group inspired by Padre Alejandro Solalinde, a Catholic priest working in the State of Oaxaca.

MEI was a unique group of Mexicans – a lawyer and a nurse, a few seminarians, and a handful of campesinos and local women. I was the lone Canadian carpenter. 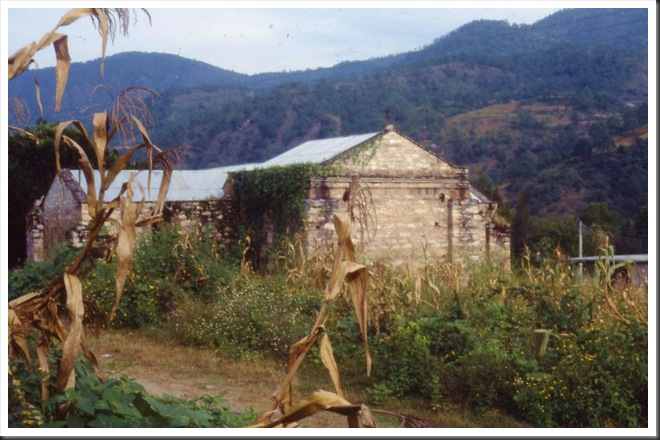 I first interviewed Padre Alejandro, in the remote village of Zapotitlan del Rio in October 1990, reporting it for a progressive Catholic newspaper based out of Vancouver Island, my Canadian home.

Here is an excerpt:

Fr. Alejandro, a gentle and enthusiastic local priest, co-works with lay person and a seminarian in visiting other villages and the sparsely populated mountain areas. They often travel by horseback, mule or by foot and conditions can’t be described as easy.

I was told by Fr. Alejandro how in one local village official reports of 1989 showed 462 deaths due to malnourishment, tuberculosis, and other “unknown causes”, which he more concisely attributed to pesticide poisoning.

After my shock in hearing this, I asked the padre what we who are “well-off” could do. He replied simply, “First pray! Then defend the human rights of the poor. Finally, don’t use more than you need to.”

That was a quarter century ago and as time passed, I’d lost contact with Alejandro.  One day in late 2010 I was reading a bulletin for Amnesty International, a human rights organization which my wife and I support. 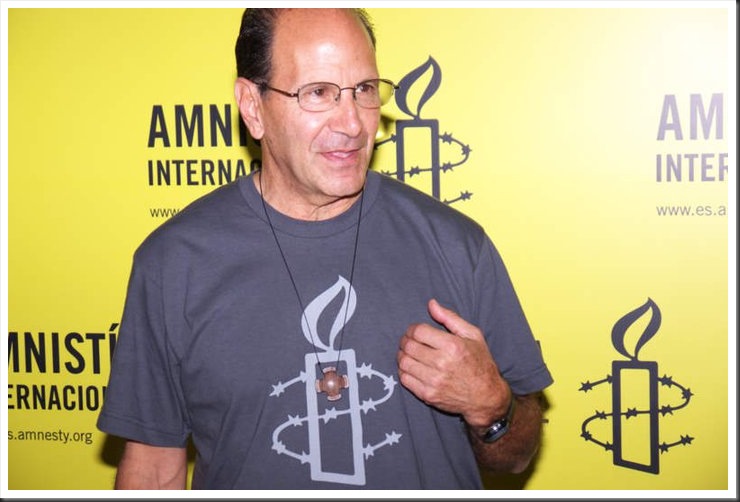 Turning the page, I was astonished to see the padre’s recent photo with the headline, Father Alejandro Solalinde Guerra – Mexico, followed by an article calling for an urgent letter writing campaign to the Government of Mexico.

The briefing said: “Father Solalinde is a Catholic priest who has dedicated his life to providing a place of safety for migrants, away from the criminal gangs who exploit and abuse them… He has faced frequent intimidation. His life is at risk…”

I was hungry and you gave me food,

I was thirsty and you gave me something to drink,

Father Alejandro Solalinde and his compadres now run a shelter in Ciudad Ixtepec, a sweltering railroad town where migrants from Central America wait to scramble atop cargo trains that will take them on the next leg of their wearying trip to the United States…

The following is an excerpt of Christ’s Path

(The Story of Padre Alejandro Solalinde)

Alejandro Solalinde purchases a thirty-cent cappuccino and leaves a fifty-cent tip. He washes and irons the five white, mandarin-collared shirts and two guayabera shirts that make up his wardrobe. He doesn’t own suits but the whiteness of his clothes is enough to transmit elegance and finery. 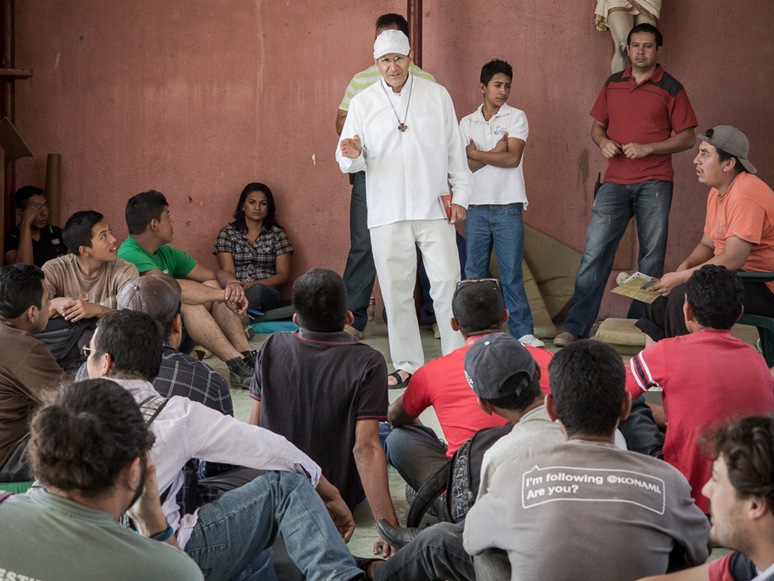 His watch costs fifty pesos (a Casio illuminator), and has not joined the generation of Blackberry, iPhone, and iPad-using priests. 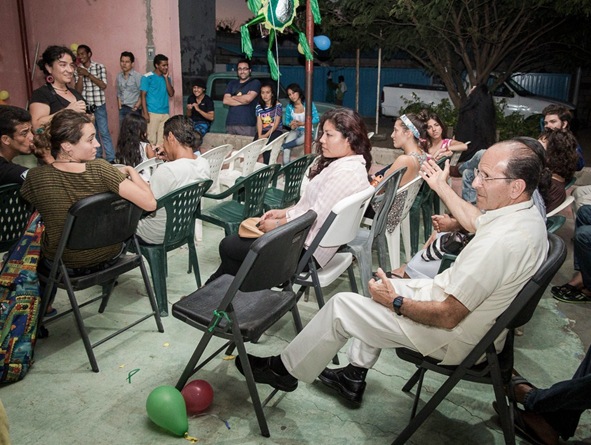 He does, however, spend a small fortune on prepaid phone cards for his cellular phone used primarily to receive phone calls from the national and international press. 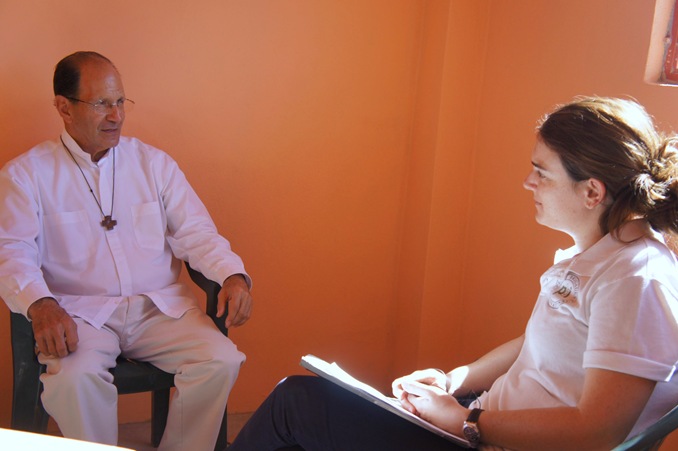 He sleeps on a hammock inside a small bedroom clustered with clothes, backpacks, and books belonging to his collaborators but tends to surrender that space and instead, places a mattress in the yard where he spends his night accompanied by his bodyguards. 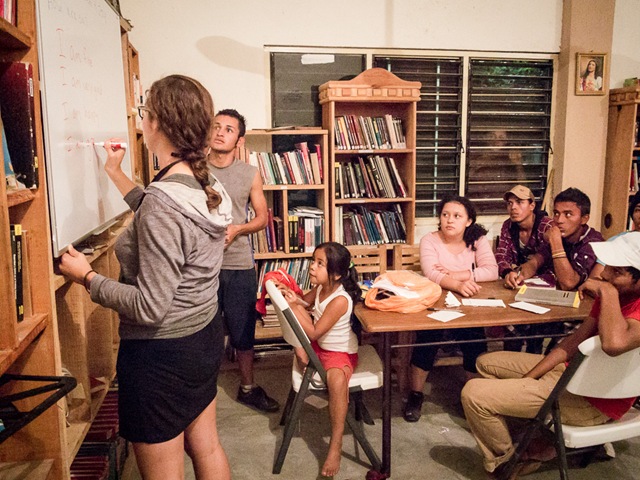 If a migrant arrives at the shelter with his feet torn and aching, he immediately buys him a pair of shoes identical to his. 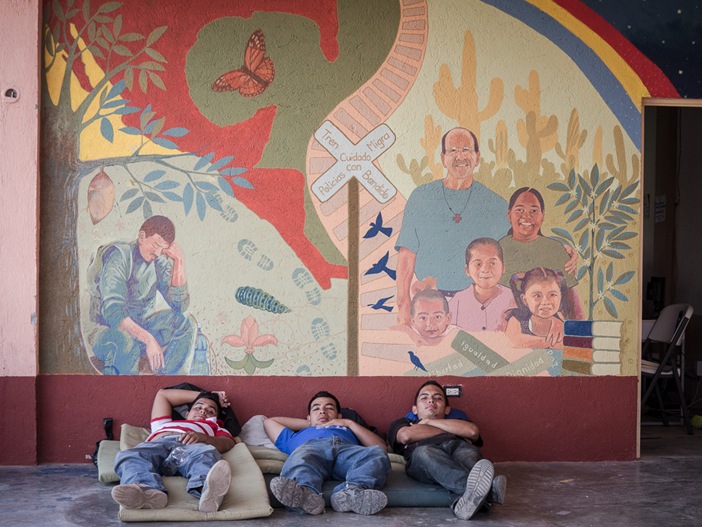 He doesn’t have a desk, or a secretary, or an office. He receives his guests in a small space beneath a palm tree-roof, and it is impossible to hold a conversation with him for more than two minutes before someone interrupts him to ask for a bar of soap, toilet paper, money, or a glass of water. 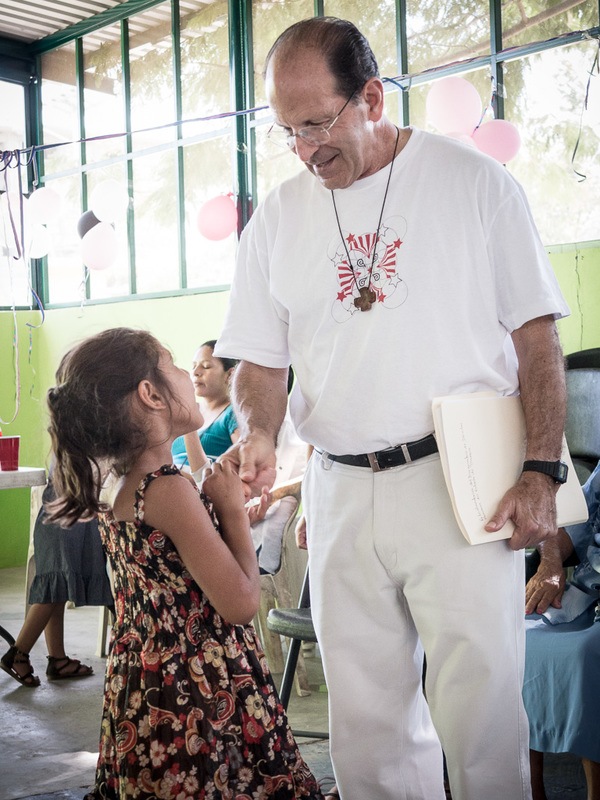 He takes quick showers in a small bathroom that he shares with the shelter’s volunteers and uses a toilet that flushes only after manually dispensing bucket-full’s of water into them. If there is a watermelon in the Juchitan market’s donations he will eat it with a smile on his face regardless of its freshness… 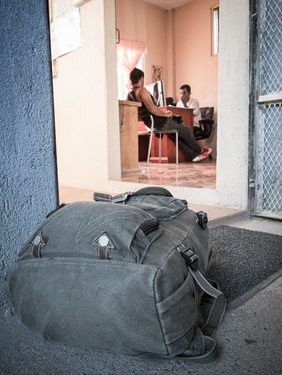 For years, he was no more than a village priest, with all of the sacrifice and conviction that such a position requires, but without much social, political or religious influence. In addition to his religious studies, Solalinde double majored in History and Psychology and completed a masters in family therapy.

Solalinde is a generous administrator who prefers to give money before saving it. He takes a chance by opposing an industry in which the highest politics conspires with organized crime: the kidnapping of migrants. 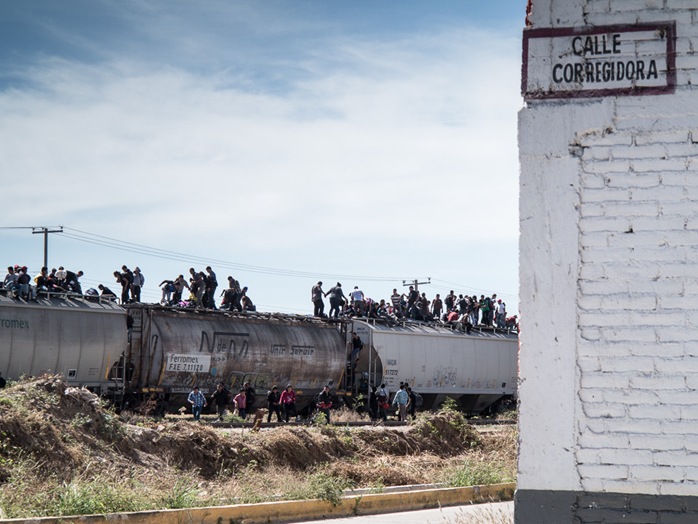 Part 3 – Padre Alejandro (in his own words)…

The biggest challenge for me to overcome is the constant intimidation, harassment and disrespect from people who don’t want me to carry out my work…. Many local authorities, criminal gangs, drug traffickers want to get rid of human rights defenders – they think we get in the way… Despite all their efforts to stop us from carrying out our work, we must continue…

We have around 65 or 70 places – houses, shelters, food kitchens – around the country where we can host migrants. 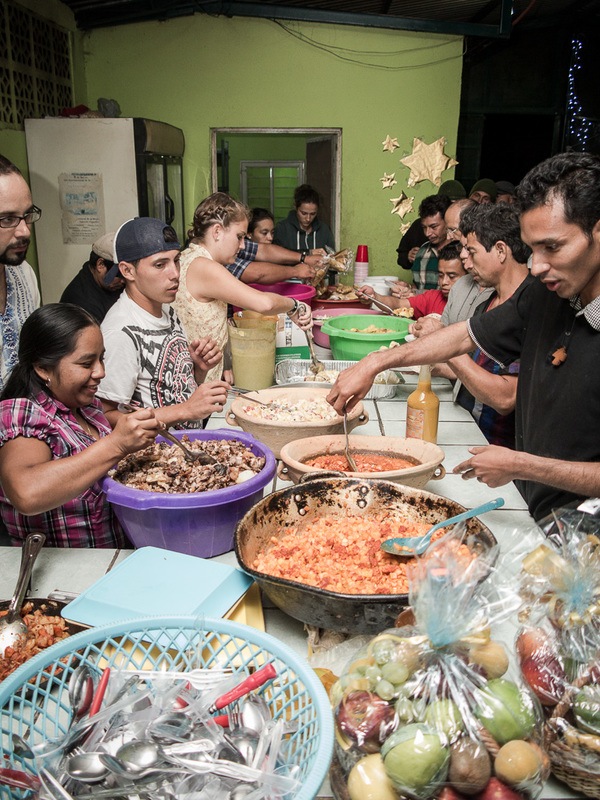 We give them food to eat and drink and allow them to rest for a few days before they continue their journey. 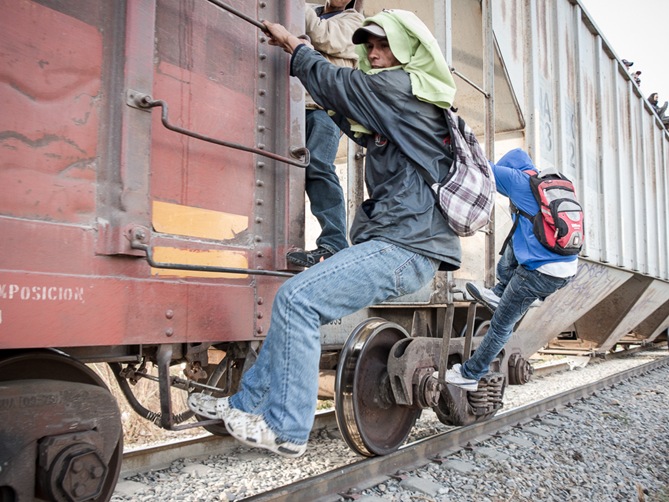 We also inform them on the different routes to the north, to the United States, on the dangers awaiting them, on the risks of being kidnapped, on the Mexican and the American migrant legislations … And then we let them decide what they want to do.

Sometimes, when they have received all the information, they decide to return home; in this case we organize the repatriation. If they want to pursue their journey to the north, we let them go.

Or some of them want to stay in Mexico. In this case, we help them to take the necessary steps. 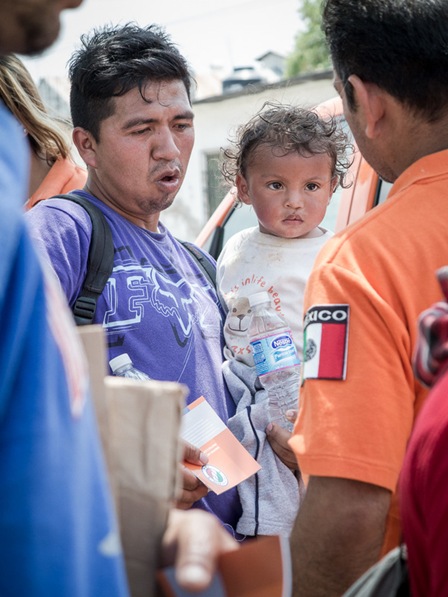 Migrants have become a gold mine for organised crime. The latest extortion modality consists of mafia members intercepting trains and asking migrants to pay a certain amount of money for each stretch of railroad.

They tell them: “If you refuse to pay, we throw you off the train”. And they do throw them, no matter if they are kids, women, or the elderly. 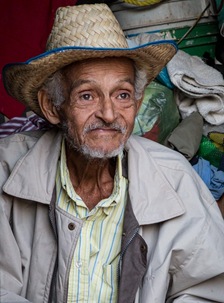 What NGO’s have done is to protect us by denouncing the situation or running campaigns – like that of Amnesty International, which mobilized many to write hundreds of thousands of letters to Mexico’s highest level bureaucrats.

It has been very significant for myself, the shelter, and the migrants to be defended by three United Nations (special) Rapporteurs, the International Organization for Migration, Peace Brigades International, Amnesty International, the organization of American States, and other organizations that have made statements in our favour both within and outside Mexico. 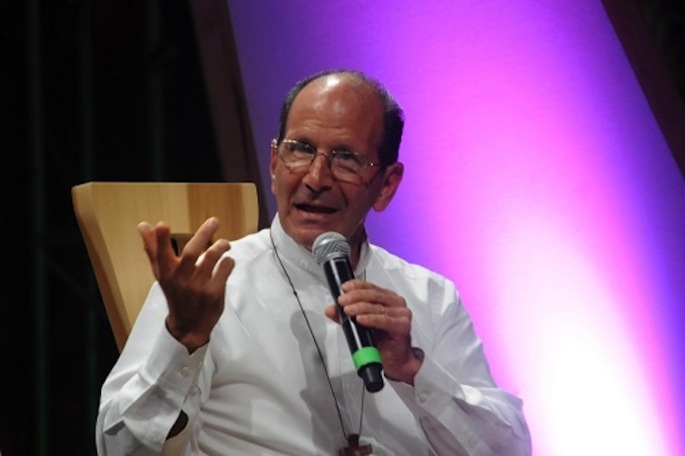 I am a Catholic priest and I believe in God and in God’s kingdom. When I defend human beings, I run into trouble. I criticize the Mexican government because of the Merida Initiative. I think they are obsequious with the north and mean with the south. I criticize the cartels because of the way they treat their brothers, this cannot be. As for the Church, I criticize the corruption, the power and the issue of human rights because they do not admit women. I cannot keep silent faced with so many injustices….. 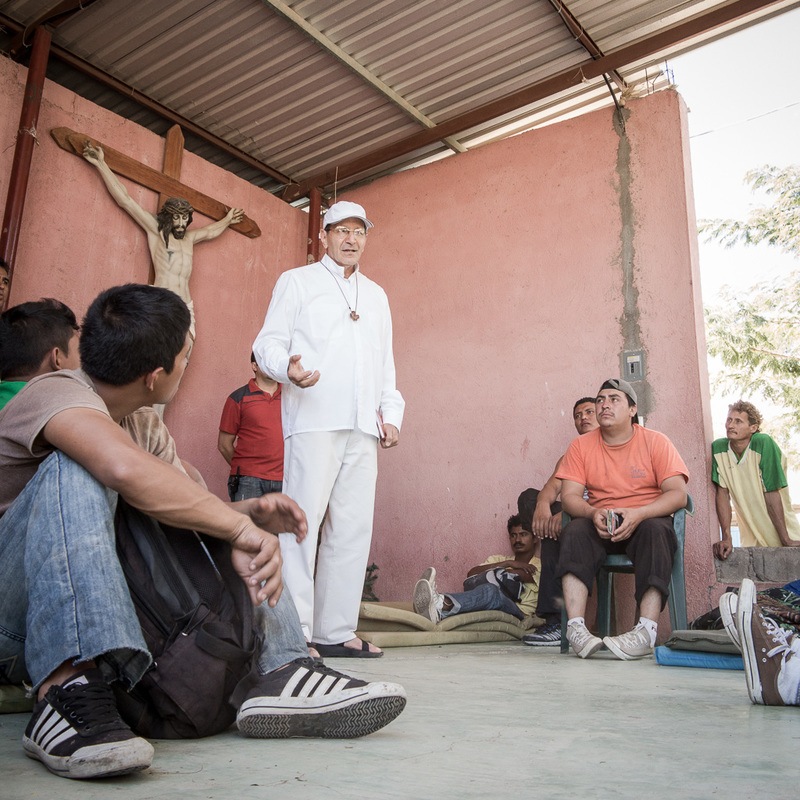 I am a grain of sand in the (Mexican) government’s shoe: I make them uncomfortable. As long as there is no justice for the migrants, they’ll have me on their back. I won’t give in to pressure …

They have to cope with me, because the only other alternative would be to kill me….  If one day they succeed at killing me, that doesn’t scare me. My faith prevents me from being afraid. Besides, now I have the support of my fellow citizens.” 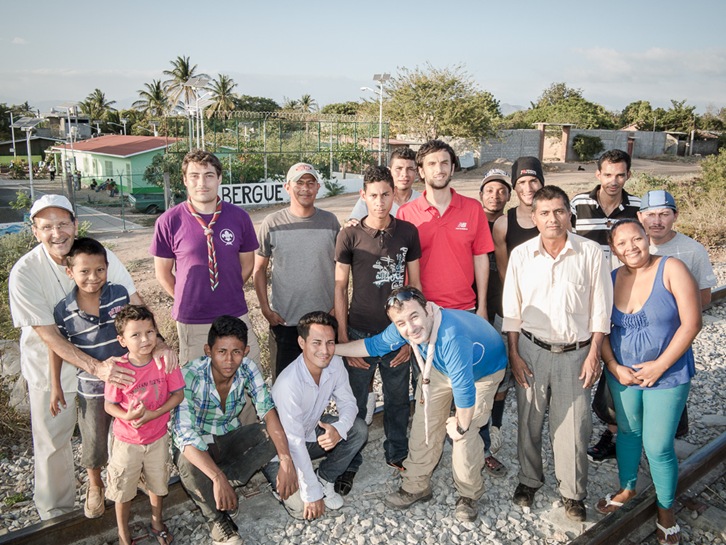 In peace and solidarity with all migrants and human rights supporters.

“Salva a tu pueblo senor – save your people, oh Lord.”

Dance with One Love