A spiritual reflection on the Centenary of Thomas Merton – Part 1

“In a word, to my mind the monk is one who not only saves the world in a theological sense, but saves it literally, protecting it against the destructiveness of the rampaging city of greed, war, etc. And this loving care for natural creatures becomes, in some sense, a warrant of his mission and ministry as a (person) of contemplation.”

My life and work has been quite busy since the turn of the new year. Blogging has taken a back seat.

Nonetheless, January has germinated a seed within me. Some readers may recall my December 26th post, Inter-being, where I quoted the Buddhist monk Thich Nhat Hanh. Fellow blogger Tanya, from New York, asked me this question.

“By the way, how would you describe your spirituality? Do you consider yourself part of any religion? I personally admire Buddhism (although I think Buddhism is more a philosophy than a religion) and have incorporated some of its teaching into my life. I don’t practice all of its teachings, however,  so I can’t say I’m completely a Buddhist – some teachings are so hard to practice! I ask about your spirituality because I admire your way of seeing the world.”

For a few days I mulled over Tanya’s question, sharing it with my partner Francis. She gently suggested that I answer in a blog post. A month has past. Here is my reply.

A spiritual reflection on the Centenary of Thomas Merton

by  b. thomas witzel

January 31, 2015 was exactly one century since Thomas Merton’s birth. He died in Thailand in 1968. I and many people throughout the world still remember and celebrate the life of this humble man who was a prolific writer and a Catholic pacifist monk.

The Dalai Lama visits the grave of Thomas Merton, Abbey of Gethsemani in Kentucky

Within this post, this stream of consciousness, I have taken the opportunity to discern and borrow liberally from Thomas Merton’s keen eye and lively nature. His wellspring of faith, love and hope goes deep.

For me, spirituality is like this – the fountain that contains both. And so it goes in this composition. In the process I have brought back memories both good and bad. Opening the gate I bare my soul.

The question, “How do you describe your spirituality?” has challenged me in a good way. It has lain dormant within me for years. From the depths of my being, I am thankful to Tanya for asking.

I too, personally admire Buddhism. On the surface, it may simply be how I react when I encounter Buddhists.

The kindness and contemporary wisdom of His Holiness the Dalai Lama is inspiring. In news reels, when I see the glint in his eye and his mischievous child-like smile, I can’t help but feel happiness.

Thomas Merton and the Dalai Lama in India, 1968

When I read or listen to Thich Nhat Hahn, Johanna Macy and others who witness to Engaged Buddhism, I feel so much hope, love and connection.

I haven’t studied in depth the actual Sutras and teachings, though I am aware of the four noble truths and the noble eight-fold path. My yearning is towards Zen, non-attachment and enlightenment. 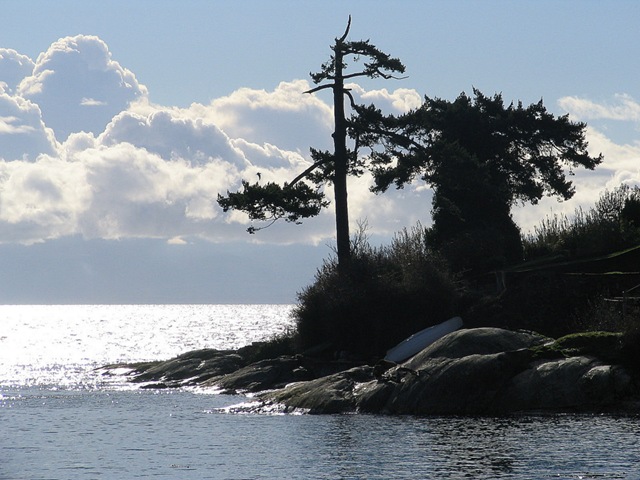 I do meditate once daily using a personal Mantra and occasionally a few other prayer phrases. This is within the Christian apophatic tradition of imageless non conceptual prayer – the way of unknowing or from words into silence.

My spirituality is interfaith to its core, grounded in the roots of all world religion. I am also committed to the urgent need for ecumenical based Christian co-operation. Beyond this, my love and faith extends to all people of good will and in all the directions of mother earth . . . to the breadth and depth of the cosmos, to the very heart of creation. This is my universal spirituality.

Historically speaking, I was brought up within the Catholic tradition and “practiced faithfully” until about two decades ago. Upon reflection, I am somewhat mystified about this because I now realize it is here that I remain on the ragged edges, but as a faithful non-conformist. 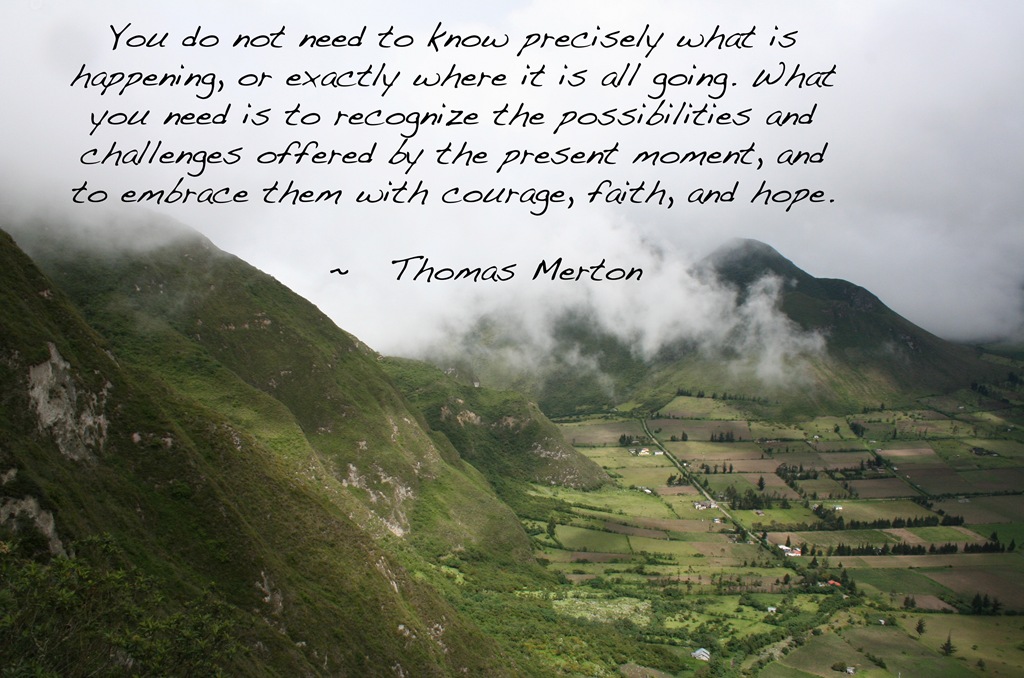 For years I haven’t attended religious service more than a handful of times – weddings and funerals, one might guess. I still love to visit churches, especially when they are empty. I sometimes sing.

Integral to my understanding of the Gospel and the teachings of Christ, I’ve always maintained a commitment to social and ecological justice. I believe that faith must be intertwined into daily life of the body politic and Gaia, the great mother earth herself.

As toddling child of the early 60’s, I was partly formed at the birthing of the environmental movement when biologist Rachel Carson published her book Silent Spring in 1962. Her extensive research documented the ecological catastrophe and human cancer being caused by the indiscriminate use of various chemicals (like  DDT) and hundreds of nuclear weapons tests that spread radioactive fallout throughout the globe.

After reading her expose, Thomas Merton wrote to her:

“The awful responsibility with which we scorn the smallest values is part of the same portentous irresponsibility with which we dare to use our titanic power in a way that threatens not only civilization but life itself. The same mental processing—I almost said mental illness—seems to be at work in both cases, and your book makes it clear to me that there is a consistent pattern running through everything we do, through every aspect of our culture, our thought, our economy, our whole way of life.”

END OF PART ONE